The great civilizations have fallen, the great empires lay in ruin and have slipped into myth and legend. From the ashes, rise new civilizations ready to take their place and bring order to a chaotic universe.

The game is currently in development.

Every day there is a new Five Galaxies Blog! Learn more about the history, stories, and characters of Takamo Universe.

Our Kickstarter backers helped bring classic science fiction into the world of sci fi video games by supporting the publication, distribution, and promotion of the first novel in the “Kevin J. Anderson Presents” series: EMPIRE’S RIFT by Steve Rzasa. 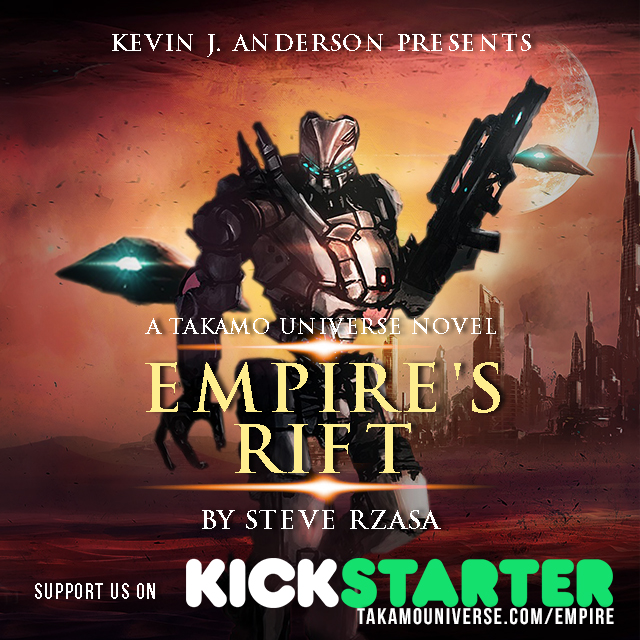 The three month event will see classic yachts of all varieties race in the Dal Drift. The Calik Starsystem is gearing up for the return of the Classics Regatta, which will coincide with the Onear Festival. With such a mixed fleet descending onto the Garrick Protostar, it is expected to be an exciting and competitive event. Read More

There are many new items that will be in orbit or moving through the stars in Takamo Universe. Here are a few of them… Read More

Historical societies across the Estra Galaxy suggest a number of dates for the beginning of the Estran Dark Times. However, the majority of historians argue for one of two periods. Read More