The Great Desert Rift region is feeling the effects of a recent collision with a globular cluster from the galaxy’s halo that is passing through the disk of the galaxy at the point of the Great Desert Rift. Stellar empires have begun to encounter new starsystems, stellar clouds (nebula) and other stellar anomalies, sometimes in regions that were previously explored.

Remnants of the Borthan Empire are said to have encountered a number of ancient wrecks that were dislodged from an asteroid field which had been disturbed by the passage of a rogue planet. It is believed that the passing planetary body was in fact debris from the recent collision of two starsystems. One of the wrecks recovered was an ancient Samite Destroyer.

Two views of a functional Samite destroyer are provided below. 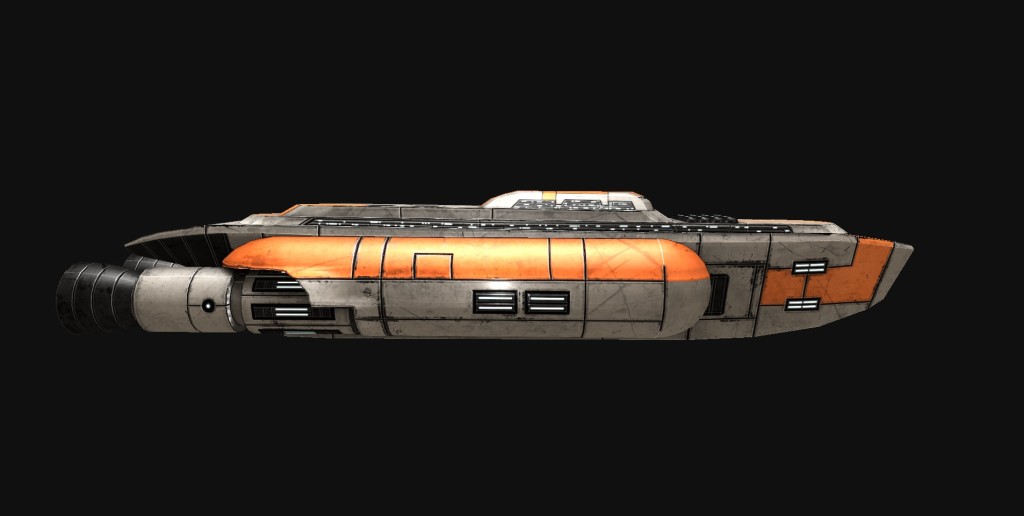 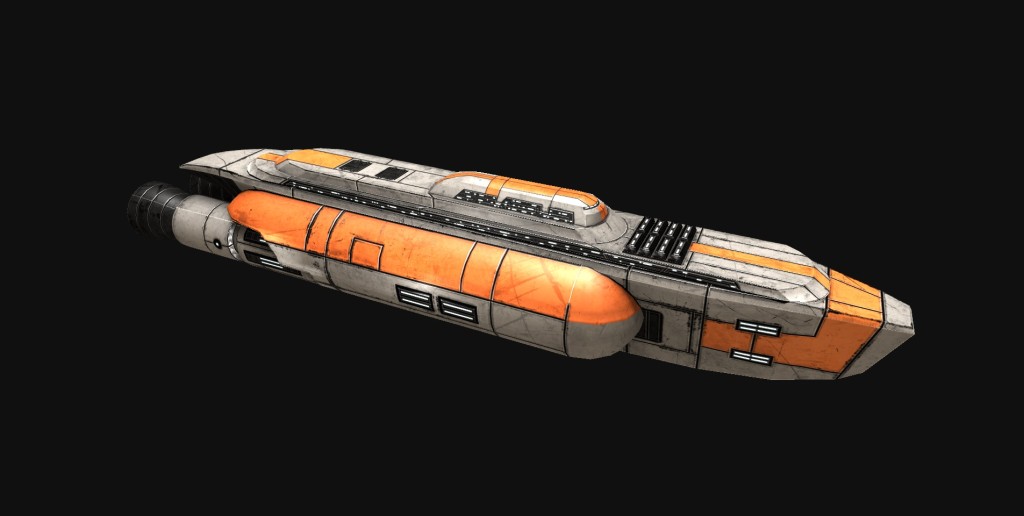