We are pleased to announce that we have joined forces with the noted science fiction author, Kevin J. Anderson, to bring you a series of novels based on Takamo Universe! Four novels are slated to be produced in the series with the first novel, EMPIRE’S RIFT by Steve Rzasa, to be released late this year.

To support this effort, we will be launching a crowd fund campaign on Indeigogo in early October.

Watch for further announcements and tell your friends! Pass this announcement along to all the sci fi fans you know and help us make this happen! 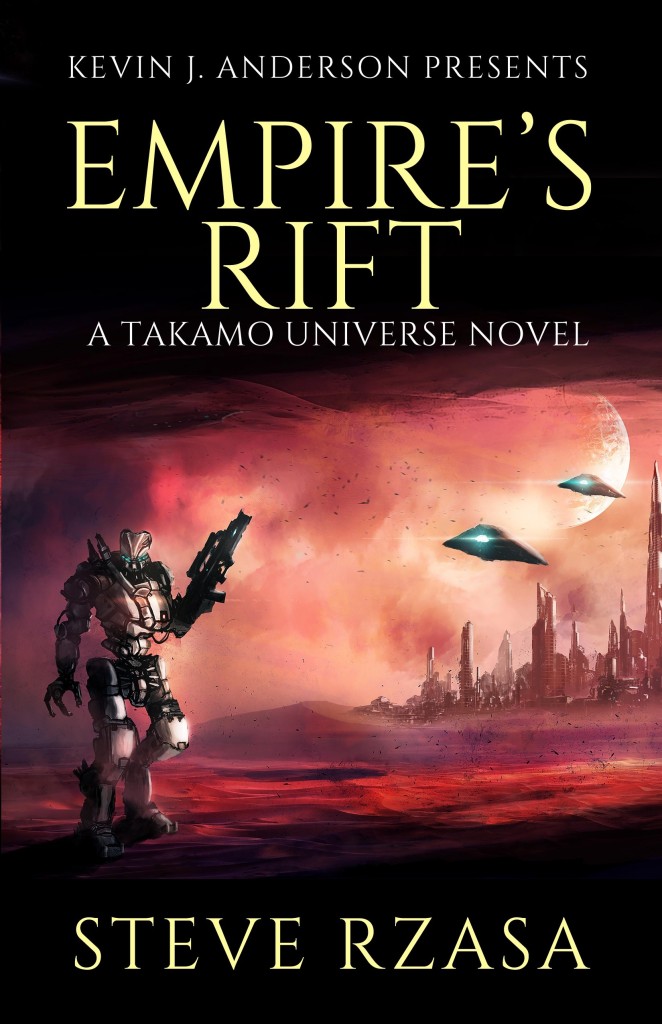