Many different starships are being designed for Takamo Universe. Some of those designs are for very specific tasks such as fuel haulers and mining ships. Others are multipurpose vessels. The Origa class light cruiser is an example of the latter.

Built by Western Rim Trade Corporation in the mid-2800s, the Origa was an armed trade ship. This vessel measured 274 meters from bow to stern and was 233.2 meters wide and 93.6 meters in height. It carried 12 pulse canons, 6 missile batteries and 4 torpedo launchers. The engines were a pair of oversize Gal Industries Ion drives and a pair of serjaum jump drives. The large engine configuration was needed for the 582,266 cubic meters of cargo that could be loaded into the ship’s cavernous hold.

Western Rim Trade Corporation starships operated in a large part of the Estra Galaxy from the Rimward Reaches to the Kerso Arm. The same vessels used to carry cargo were used as warships and transports for troops and military supplies. Pirates and other raiders often avoided Western Rim convoys. These ships travelled safely through even the most remote and lawless areas of the galaxy.

What does this mean for players?

Player Empires will build ships from their own empire design list and from many other sources as well. Design templates will be available on the open market at alien enclaves and perhaps on the black market as well. The Origa light cruiser will be one of the many ship designs available for purchase. 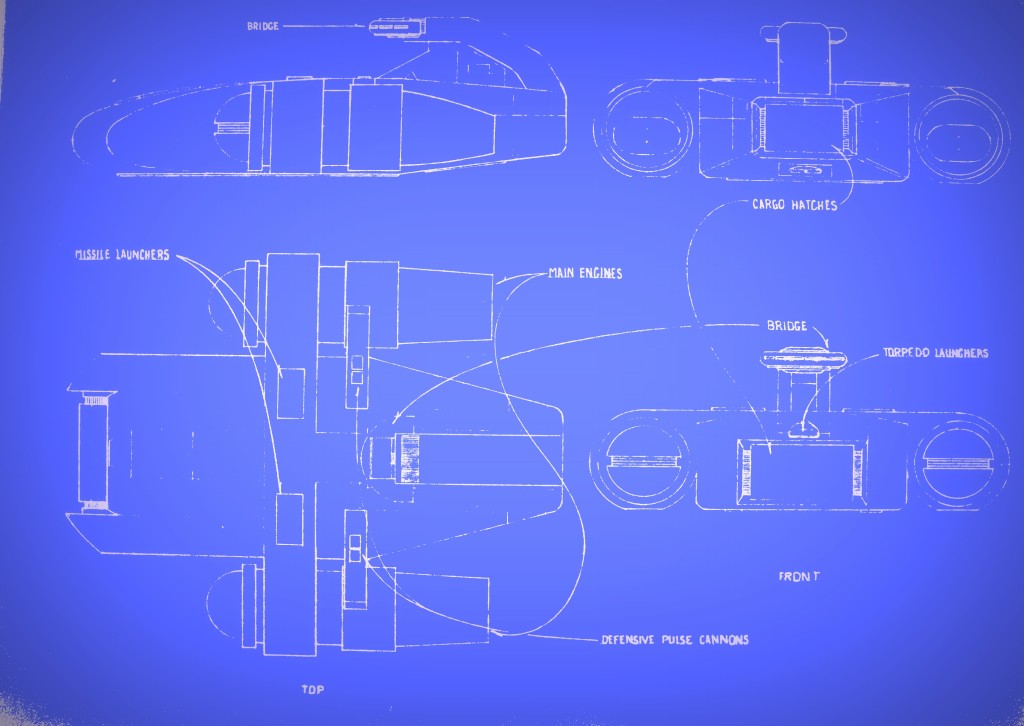